The WLC environmental committee rolls out four projects to restore and reclaim native plants within the territory.

Native plants in the W̱SÁNEĆ territory have been subject to disregard, mismanagement and neglect since colonization.

The environmental committee, a newly formed and still growing dedicated body, has been appointed by the WLC to reassert Douglas Treaty rights in order to repair this legacy of ecological damage.

Comprised of appointed members from three of the W̱SÁNEĆ villages, each committee member brings wisdom of the W̱SÁNEĆ natural laws and plant life to the initiative. The environmental committee will help to execute one the WLC’s broader mandates to manage the environment as it was meant to be.

Operating in an official capacity since spring 2019, the Environmental committee has four current projects within their portfolio, each under various phases of execution.

The first project, underway since just before the inception of the committee, is to use Little Eagle Island as a sort of ecological experiment. The objective of this initiative is to understand what undisturbed and regrowth plant life within the Gulf Islands could look like. Because of Little Eagle Island’s proximity to TELXOLU (Sidney Island), the data from experiments here can be used to inform the regrowth and restoration of plant life on TELXOLU. 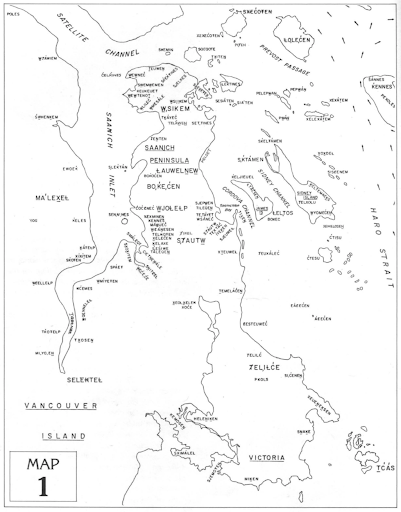 The second project will begin as the project on Little Eagle Island wraps up.

The Environmental committee is beginning an island wide survey of TELXOLU (Sidney Island), to ascertain the damage done to native plants by the invasive fallow deer population. Once a clear picture of the current state of the flora has been obtained, a rehabilitation plan, loosely based on the Little Eagle Island experiments can be executed.

The Environmental Committee is committed to restoring Sidney Island’s vegetation to its pre-colonial state. This initiative is in conjunction with the Fur to Forest project which seeks to reduce the fallow deer population through re-instituting hunting within the Gulf Islands. Currently, the committee is working to secure agreements from the public and private parties that are involved in land management. Once this has been achieved, the initiative can be conducted island wide.

The fourth and perhaps most timely project is to work with the CRD to ensure that no rare plants are damaged or lost during the construction of the Residuals Treatment Facility at the Hartland Landfill site.

The formation of the Environmental Committee is a critical step toward ensuring that W̱SÁNEĆ people have access to native plants and W̱SÁNEĆ medicines. Through the proper stewardship of native plants–and the broader environment–W̱SÁNEC culture can flourish.

“ Our abundant forests provided many food plants like berries, fern roots, and nettle leaves. Many of our important medicines were made from plants like Oregon grape, Indian Consumption plant and yarro’w. Many of the raw materials we used to make things were gathered from the forests, like nettle fibre, roots and hardwoods.” The Saltwater People, Elliot, 1990

To stay up to date on the news and developments of the Environmental Committee, sign up for our newsletter.

“ Our abundant forests provided many food plants like berries, fern roots, and nettle leaves. Many of our important medicines were made from plants like Oregon grape, Indian Consumption plant and yarro’w. Many of the raw materials we used to make things were gathered from the forests, like nettle fibre, roots and hardwoods.”
The Saltwater People, Elliot, 1990