The history of W̱SÁNEĆ and herring:

Herring have been under increased pressure from commercial fishing interests since the 1960’s when their numbers reached a critical low. Since then, the Department of Fisheries and Oceans (DFO) and Coastal First Nations, including the W̱SÁNEĆ, have been unable to agree on policies that prioritize the health of the herring population over commercial fishing interests.

Herring, once one of the most abundant fish in the area, are a critical species in the food chain.  Comprising over 60% of the chinook salmon diet, herring are also a dietary staple for many other species of salmon and seals, which then become food for the at risk Orca population.  Many Coast Salish have traditionally relied on herring for food. For the W̱SÁNEĆ, herring is especially important during the WEXES Moon (March/February) when the herring spawn and W̱SÁNEĆ people lay out cedar branches to gather the roe.

The traditional W̱SÁNEĆ herring harvest involved the use of a special rake, as with crab and sea urchins. They were taken with a rake [ȽEDEMEN,], which was made by setting sharpened teeth into a fir pole. The teeth were made of hemlock or white fir limbs or possibly of bone; in recent times nails have been used. The shaft was 8 to 12 feet long with one side cut flat for 3 to 5 feet. Into the flattened part the teeth were set about an inch apart. The fisherman used the rake from his canoe when he found himself over a school of herring. Holding the rake as one would a paddle, he drew it quickly through the water, impaling with each stroke several fish, which he then dropped into the bottom of the canoe . . . Cedar branch were sunk by sinkers and floats into an eel-grass bed a few feet above the bottom so that the roe was deposited on them. After the spawning the branches were raised and dried and the roe could be shaken off. (Suttles 1951:126-127)

Despite the herring population’s tenuous comeback, DFO decided to reopen the commercial herring fishing in 2014 throughout the Strait of Georgia. DFO made this decision using baseline herring stock data collected in the 1950s. However, DFO did not consider that by the 1950s commercial fisheries had already significantly reduced herring stocks. To this day, DFO continues to make decisions using data that does not represent the pre-contact abundance of the herring. The W̱SÁNEĆ Leadership Council, First Nations throughout the Salish Sea, and other partner organizations find DFO’s decisions and their prioritization of the commercial fishery over the health of the herring problematic. 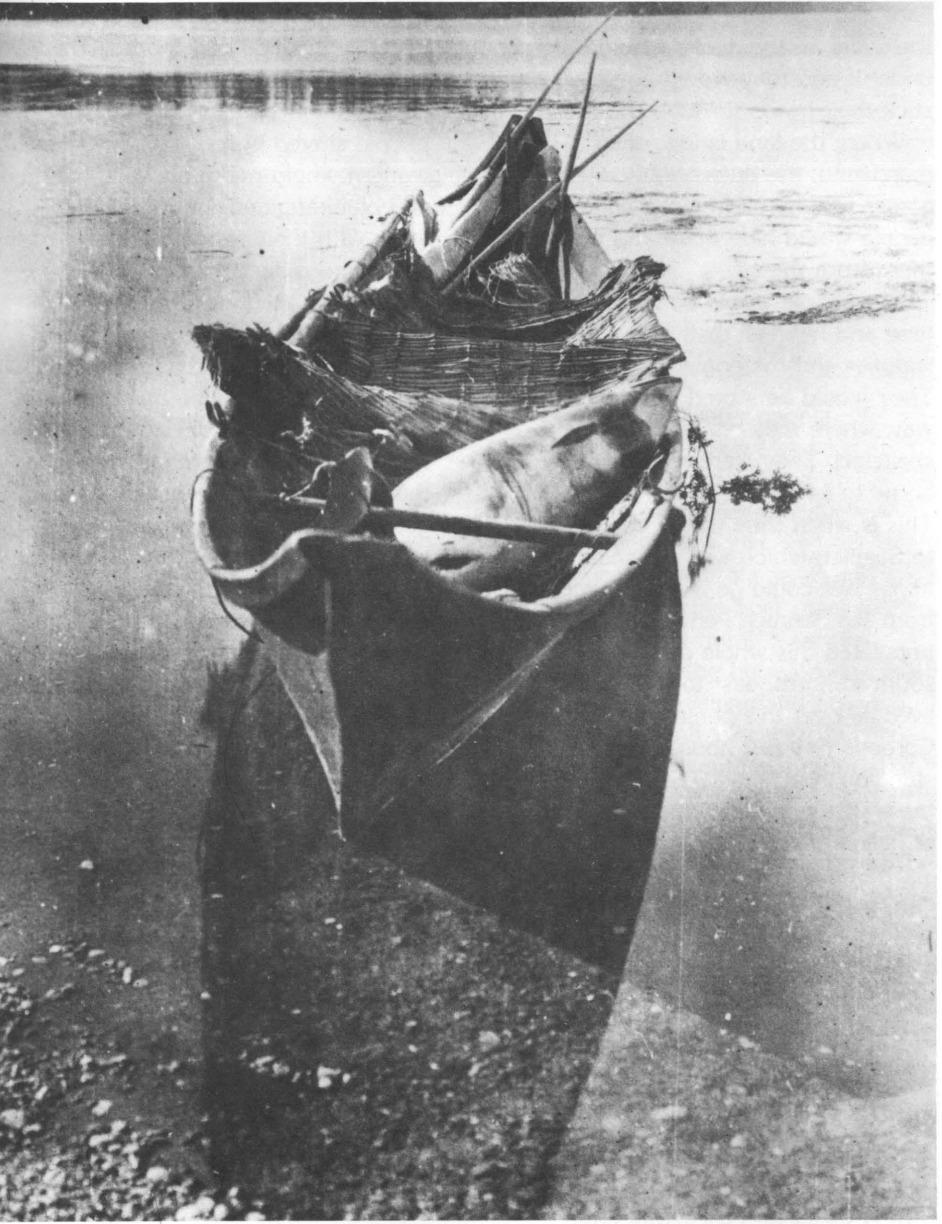 Photograph from 1923 of a canoe at Tsawout with a seal skin float, harpoon shafts and rush mats. Rush mats were used to sit on and also as sails

In July of 2019, the W̱SÁNEĆ Leadership Council was approached by the BC Union of Municipalities, Islands Trust Council, and an alliance of 45 local Gulf Island environmental groups and ecotourism businesses to sign on to a letter urging Minister Wilkinson of the DFO to rethink the operations of the Strait of Georgia Herring Fishery. This herring advocacy group believes that continued overfishing practices dangerously compromise the ecosystem, orca populations and tourism in the Strait of Georgia. This is the first time in the Strait of Georgia’s history such a large and diverse group of interests have joined together to oppose the questionable practices of DFO. Inspired by the Heiltsuk’s successful lobbying efforts to have DFO agree to  a moratorium on commercial herring fishing, the W̱SÁNEĆ Leadership Council accepted the invitation and are excited to lend their voice to this group as leaders of herring conservation.

As such, on November 7th, the W̱SÁNEĆ Leadership Council will co-host a meeting with this alliance to:

1) Reiterate the importance of herring to W̱SÁNEĆ people and to the broader environment.
2) Communicate shared hopes for herring recovery.
3) Discuss W̱SÁNEĆ involvement in herring recovery.
4) Explore how the parties can support each other.
5) Analyze the scientific evidence that refutes DFO’s position.
6) Explore Case studies from other recovery efforts, and
7) Agree on next steps.

Once the meeting has been conducted and completed, the WLC will report the results and next steps back to the Tsartlip, Tseycum, and Tsawout community leaders. As news on this important initiative develops, it will be shared on our newsletter and social media.

The WLC is pleased to be a part of this initiative and to have the additional support of public and private bodies to protect the critical herring populations from continued overfishing.